Rihanna Gives Advice To Her Fans 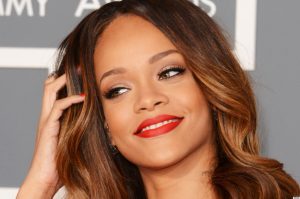 Although most of Rihanna’s fans know her as a strong, tough woman, the star showed a fan that she has a soft spot.

The 29-year-old, singer, reached out to a fan, to help them cope with a broken heart.

The singer reached out @WaladShami and asked him how he was handling his first heartbreak. The fan replied by saying that he was struggling.

Rihanna then responded back by saying that heartbreak is a gift and that things will get better in time. She also stressed on the fact that the fan should concentrate on himself at this time.

The singer is known to reach out to her followers and in 2018, reached out to a fan who was worried about coming out to his family. She urged this fan that it is okay to be scared but it is more important to be who you are. She further added that her fan is lucky to live in a generation that understands and accepts the gay community and although his parents may not accept him, there are many people who will.

The fan later reached out to the singer and said that he has come out to his family and would have never done it without the singer’s support.

Additionally, in 2016, the singer gave advice to a fan who said that she had trust issues with her partner. She responded by saying that in most cases trust is linked with personal insecrurities and to find out if there are actual reasons to mistrust your partner.