Long before the trial-launch of YouTube Music Key Service, music still remained one of the biggest reason why YouTube was used in 2014. 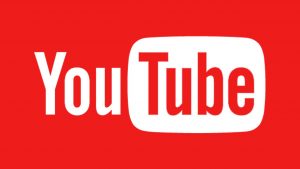 This is because of the manner in which popular musicians built their list of subscribers using Google’s video service over the last year.

Her views increased rather dramatically from 48.3 million views to 359.2 million views in December 2014 even though the end of 2013 was a quieter time in her release cycle.

As for One Direction and Beyonce, they ended 2014 with 11.2 million and 15 million subscribers. It must be said that Beyonce’s numbers did not include her non-Vevo channel which has reached 1.3 subscribers by the end of 2014.

Finally, Katy Perry and Justin Bieber also built their list of subscribers from 9 million to 14.7 million and 7.8 to 10.7 million subscribers.

When it comes to non-music YouTubes, PewDiePie, the video game commentator, ended 2014 with about 33.5 million subscribers even if his annual growth of 68% was less than Beyonce’s. Other YouTubers such as The Fine Bros, Hola Soy German and Zoella saw similar spurts in growth.