Will the New Star Wars Movie Be the Biggest Ever?

With the new Star Wars movie collecting record amounts in ticket sales, does this mean it is destined to be the biggest movie ever?

While it does seem to be that way, this won’t necessarily be the outcome.

Compared to The Hobbit: An Unexpected Journey, which took in about $85 million on its opening weekend in both the United States and Canada, the Star Wars movie has already topped that record amount set. 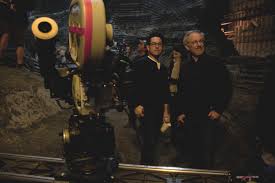 Fandango, a ticket seller, reveals that advance ticket sales for “Star Wars: Episode VII – The Force Awakens” has beaten every other movie. Alternatively, IMAX has already sold tickets worth $18 million, domestically speaking. This is actually double the previous record and could amount to almost $50 million once the movie is released.

Of course, whether it beats Avatar is another story altogether – the biggest grosser of all time and standing at $2.8 billion. This depends purely on whether fans love it enough to watch it several times over.

What also makes the release of this movie more anticipated than ever is that it has weak competition during the time of its release. Marvel’s Deadpool will not release until mid-February while Batman vs. Superman: Dawn of Justice won’t be out until late March.

So, without a doubt, its release will dominate attention that it is already receiving on social media. Its trailer, on Facebook and YouTube, has garnered about 405 million views alone. This is almost 87 percent more than Jurassic World that opened at $208.8 million in ticket sales alone while standing at No. 3 grossing about $1.7 billion worldwide.