Rihanna and Drake rekindle their romance 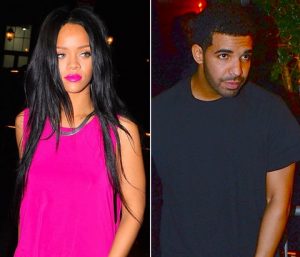 The singers Rihanna and Drake were in full romance party mode, as the couple were spotted at Tape nightclub in London. The rapper 29 and the R&B star 28, where at the club celebrating Nicole Scherzinger’s birthday.

A source said that the stars are dating again, after romance rumours emerged.

“He still loves her and never stopped,” a source said. “Rihanna is the one that’s been not wanting to settle down in the past. They are having fun spending time with each other. Their music together got them close again.”

The singers have been part of many collaborations, which included “Too Good” and “Work.” Drake also made a surprise appearance at the Rihanna’s Manchester concert and gave a performance that confirmed their undeniable chemistry.

Drake said “Shout out to the most beautiful, talented woman I’ve ever seen. She goes by the name of Rihanna…I’m gettin’ my heart broken.”

The pair sparked romance rumours as late as 2009, but have always been tight lipped about confirming their relationship.

The pair however make a stunning couple and share many interests apart of music. A source stated that the pair are said to make many more public appearances in the future, after opening up about their romance