Hetfield talks about his fight with addiction, a Road Recovery interview reveals

Metallica’s James Hetfield has fought with (and beaten his) addictions for a while, and that he revealed in an interview with Road Recovery. 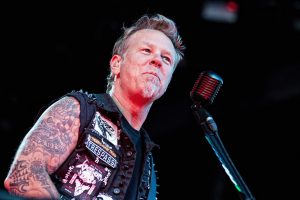 In admitting that how addiction nearly ruined his life as well as his relationships, Hetfield said, “You wouldn’t really like me if you knew my story, if you knew what horrible things I’ve done. I’m coming to grips with that, ’cause I have groups of people that I’m able to share all my horrible stuff with. Shameful, extremely shameful, dark stuff.”

As he opens in the interview, he also says that shame is a big thing for him because of the things that he did and which he says was learned from his parents.

It was in 2001 during the recording of St. Anger that the singer went into rehab to deal with his addiction to alcohol apart from other substances. The struggles that he went through was also well-documented in the movie, Some Kind of Monster.

After he has quit his addictions, Hetfield has supported organizations such as Road Recovery that serves to help young adults fight their addictions.

On a positive note, he also credits ‘playing music’ that helped during his seven months in rehab as it helped me stay clean. In fact, he admits that it saved his Life be it writing lyrics or riffs and helped him connect with the world.

In another video made with Road Recovery, he also said that his need to ‘seek validation from fans’ was also a drug made things worse for himself.