The response to the casting of Zendaya in Spider-Man 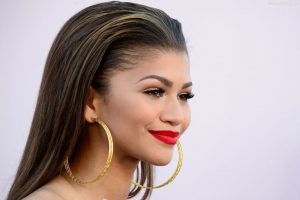 There is a lot of anticipation for the reboot of Spider-Man by Marvel in 2017. After his cameo in Captain America: Civil War, the excitement went through the roof. Spider-Man n: Homecoming also has the star power of Robert Downey Jr to make the movie an even bigger hit. Fans kept an eager eye on casting announcements to see who would play the other famous roles.

Zendaya was initially cast as a character called Michelle. Nobody had heard of this character and it was assumed to be placeholder name or a completely new person they were writing in. Then the Wrap posted a rumor that it had heard Zendaya was playing the classic role of Mary Jane Watson. The internet and social media went bonkers.

Just as was the case when a person of color was set to play the role initially fictionally portrayed as white, the social media response swift and harsh. The was the same reaction that fans had when Idris Elba was cast as Roland Deschain in the Gunslinger movie. Another classic fictional white character now played by a person of color.

One of the Spiderman writers, Dan Slott, took to twitter about the reaction:

& they are for EVERYONE.

There’s nothing about Peter Parker or Mary Jane

that HAS to be white.

As this happens more and more, the internet’s reaction is bound to get more and more muted. Especially with comics having gone through this long ago.