Katy Perry and Orlando Bloom are seeing each other again 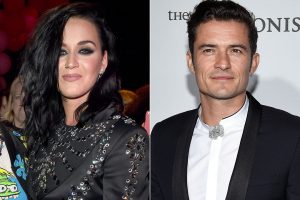 Katy Perry and Orlando Bloom are giving their relationship another shot after calling it off this March after ten months of dating. The couple was seen at the Ed Sheeran’s Los Angeles concert at the Staples Center.

Insiders say that although they had broken up, they still communicated with one another. Although they felt that they wanted to break things off at the time, they have now realized that they missed each other’s company.

The insider added that they are mending their relationship by concentrating on understanding each others needs better.

The pair are very open about their relationship, and they don’t care if the public or photographers see them together.

Perry has been known in the past to have on and off relationships with her partners. For example, she dated John Mayer for many years. The couple started dating in 2012 and then split in 2013, and were back together the same year. The couple only called it quits in July of 2015.

Bloom also tends to rekindle romances with his exes. He dated Kate Bosworth on and off for four years, from 2002 to 2006. Bosworth said that her breakup with Bloom was painful and she thought that she would never be normal again. Bloom has also been previously married to model Miranda Kerr and divorced her in 2013. The couple share custody rights of their baby girl from the marriage.