With the new season of Arrow premiering this week, we learned more about the future direction of the show as well.

Of course, relationships continue to be tense, Olicity thrives while people are still trying to destroy Star City.

However, there’s also a new villain – Damien Dahrk – on Arrow. While in the comics, he does have connections with H.I.V.E and Deathstroke’s wife, Adeline, he starts off with a relatively clean slate in this television series. 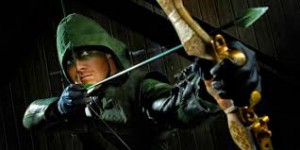 Of course, there were a few references made to him during Season 3. In the show, he was one of Ra’s Al Ghul’s horsemen who was to become the leader of the League of Assassins.

But that was not to be as he was to be killed but managed to escape with the Lazarus Pit and with a few loyals. Now, he’s back in Star City as the leader of H.I.V.E and has some strange powers to boot.

Magic seems to be one of them with the ability to force out the life force from his opponents apart from telekinesis. Of course, since he was part of the League of Assassins, he’s an expert in hand-to-hand as well as weapon combat.

Without a doubt, all these powers and his immortality makes him one of the most dangerous enemies that we’ve seen on Arrow.

What will definitely be interesting is how his character shapes up throughout the season, thanks to his character almost starting off with no past unlike the comics.

Yes, let’s also hope there’s more magic and hovering arrows in episode 2 of the Arrow too.