Rob Kardashian’s ex Adrienne Bailon wishes him all the best in his new romance. 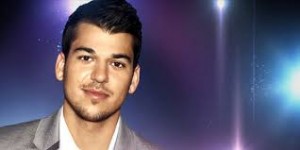 Rob Kadashian’s has started dating the former stipper Blac Chyna. His ex Adrienne, 32, who dated rob for 2 years, said that she was very happy for Rob.

She said ‘He’s a great guy. I always say that,….’We were in love at one point, and I think when you’re younger, what is that, hindsight is 20/20?…You look back, and you’re just like, “We were young and in love,” and life goes on. You wish that person the best. You always wish well on people.’

The former Cheetah girls star went on to say that she felt that Rob appeared to be a different person after he started dating Chyna and following his battle with weight gain and depression.

This was quite different to what she said in 2014, in an interview for Latina Magazine, where she stated “To be stuck with that Kardashian label, that was so hurtful to me and to my career,…I probably realized that too late – not that it would’ve affected my decisions in terms of who I dated, but it would’ve affected my decision to appear on the show.’

The Rob who once shunned the public’s eye, seems a different man as he was seen looking smitten at Chyna’s sexy bikini photo shoot at the beach.

The Kardashian family however are not happy with Rob’s current squeeze. Kylie is said to be livid as Chyna was Tyga’s ex and the couple have a son.