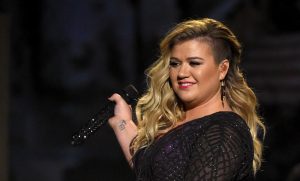 Kelly Clarkson has been open about being bullied when she was young as well as when she joined the entertainment industry. Her experience came in handy when her 16-year-old Savannah, informed Clarkson that she had been recently bullied.

She told her daughter that bullying would happen often and you have to learn to take the high road. Clarkson is sad that Savannah has to go through being bullied, but she has no way of stopping it or protecting her.

She went on to say that bullying was an epidemic and that it needs to addressed.

Clarkson says that the only way she rises above bullies is to not care about anyone’s opinion but your own. She went on to say that your life will be less fulfilling if you worry about what people think and how they are going to feel about your decisions. It is important to be happy with your decisions and accept the successes or failures that come with it.

The mother of four said that her kids are old enough to understand what is going on in the world and question things they see and hear about white supremacists. Explaining bigotry, racism or elitism is a difficult subject to explain to children, and instead, she focuses on telling her children that everyone is different and that is a very good thing.

She said that although people may think that celebrities don’t have normal problems, they often do. Clarkson said that like any mother she finds it difficult to explain the actions of the people in the world they live in today.