The first season of Gotham left Penguin as the “King of Gotham”. The real question now is whether he will be able to hang on to his new crown. Of course, this happened as a result of Sal Maroni and Fish Mooney dying in the Season 1 finale.

One can assume that the Penguin has a target on his back being top dog now. 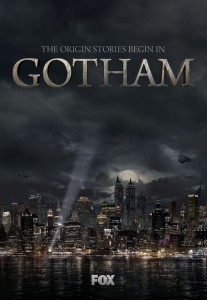 Also, sources confirm the renewal of Season 2. So, Harvey Dent (Nicholas D’Agosto) and Lucius Fox (Chris Chalk) should reprise their roles. Bruce Wayne will continue to uncover secrets of Wayne Enterprises in Season 2.

That said, the shooting for Season 2 began in Brooklyn today. Director Danny Cannon tweeted a photo of the Batcave. Along with this tweet, a short clip of the Batcave scene was also posted. This will give fans hope that the opening episode of Season 2 could begin with a look inside the cave. Of course, the fans caught a brief glimpse of the Batcave in the Season 1 finale too.

Bruno Heller has announced that there will be new villains in Season 2. Given that filming has just started, actors are yet to be cast or even announced. This is in particular for the roles of Amygalda and Mr. Freeze. But one thing’s for sure: the Joker will play a big role in Season 2 causing mayhem as expected.

With that said, one announcement has been already made. James Frain will play Theo Galavan along with his sister, Tabitha. She will soon become the super-villain Tigress.